by Nathan Hale
in Entertainment
0

The Forest (in French as La Forêt) is actually a French-based crime series. It was beautifully made by Delinda Jacobs. This drama series has been directed by Julius Berg. For the very first time, it was seen on the Belgian channel on 30th May 2017. Later on, this TV series was also showcased in France. Till now, only one season has come out. This season comprises of 6 episodes. All of these episodes are of 52 minutes long time frame.

What is the thriller series ‘The Forest’ all about?

In the show, we see that a young teen girl called Jennifer Lenoir who is sixteen years old is missing from her own village. The reports suggested that she vanished into the forest in Ardennes in Belgium. The police lead by Captain Gaspard in association with a local cop, Virgine Musso is seen on the case trying their best to find the girl. Moreover, we even see some contributions from one of her teachers, Eve. In fact, this teacher who is portrayed as a lonely woman shared a past experience of getting misplaced in the forest when she was of the same age.

The teacher while helping the police officers goes through a feeling a déjà vu. However, the trip to the forest is not a delightful one. She feels that all her shared past experience of it mentally disturbing is getting unveiled again. . These episodes display various cast members like Samuel Labarthe as Gaspard Decker, Suzanne Clément (also known for I Killed My Mother) as Virginie Musso, Alexia Barlier (famous for her role in 13 Hours: The Secret Soldiers of Benghazi) as Ève Mendel, Frédéric Diefenthal (known French actor as well as director) as Vincent Musso, Patrick Ridremont (also a comedian) as Thierry Rouget, Nicolas Marié (recognized French actor and writer) as Gilles Lopez, Martha Canga Antonio as Maya Musso, François Neycken as Julien, Gilles Vandeweerd as Philippe, Mélusine Loveniers as Lola Decker, Christian Crahay as Abraham Mendel, Inès Bally as Océane Rouget, Isis Guillaume as Jennifer Lenoir and Gaëtan Lejeune as Manoa Willem. 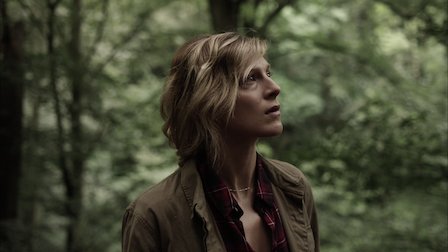 The series was shot in the Belgian region particularly in Wallonia that is around Brussels along with Dinant, Namur, Rixensart, and Court-Saint-Étienne. In addition to these places, some shots were filmed in France in Ardennes around the river Meuse with some commutes of Haybes and Fumay.

The concluding part was filmed in Bray-dunes which are close to Dunkirk. Viewers suggest that the series is worthy of a weekend watch. It has an initial strong grip which loses it control as the series progresses further. However, it is a short season so one can be content as soon as it ends. So, does the police department find Jennifer? What happens to the teacher? In order to answer these questions, you need to watch this series which is also available on Netflix.

I work here because I want to make a difference, I want to reach out to people to provide them with authentic news. I'm from New York, USA.