Rachel Bilson Dating History: Her Exes, Past Relationships, and Flings

Rachel Bilson is a well-known American actress, fan, and prominent figure in the entertainment industry. She has played various amazing roles in both television shows and films. Rachel rose to prominence as Summer Roberts in the critically acclaimed television series “The O.C.” Since then, she has enjoyed a significant career in television series, films, and commercials. Aside from her amazing acting career, she also has an intriguing love life that her fans are interested in. This article will go over Rachel Bilson’s Dating History.

The role of Summer Roberts on “The O.C.,” which became an immensely successful television series, is what brought her the most fame. After the show ended, she had a successful career in film and television. Furthermore, the actress has made a name for herself in the fashion industry, designing clothing for DKNY Jeans and launching her line in 2008. 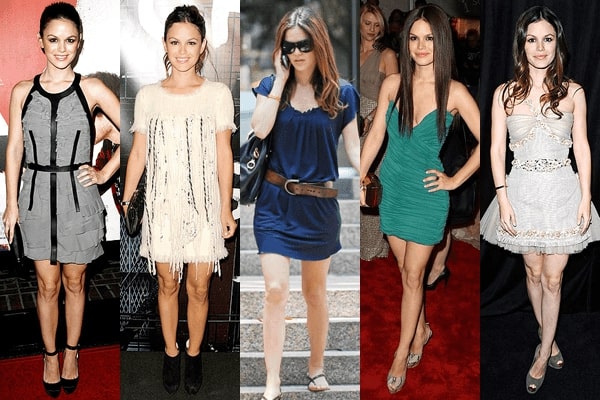 Her Relationship With his co-star Adam Brody

Rachel started dating her co-star for her show, O.C Adam Brody, and the fans became excited. They played the role of the cutest couple on their show, Seth and Summer, and they become couples in real life from the sets of their chemistry on screen. However, the relationship didn’t last long; the couple broke up in 2006, and the hearts of their fans shattered. Even after their breakup, the pair remained friends and met at the airport. Rachel even shared an Instagram post of two of them.

She Got Engaged To Hayden Christensen

After her relationship with Adam, Rachel finds love in Hayden Christensen, who appeared in Star Wars. They first met on the set of the movie Jumper, In 2007, and the following year they got engaged. In 2010, they both called off their engagement. The reason for their breakup has they lived too far away, and the distance made their Relationship difficult.

They both broke up for a very short time, but they got together after some months. Rachel and Hayden had their first baby in November 2014 and named their baby girl Briar Rose. In September, the news came that they had parted ways for the second and last time.

Appeared at ‘The Golden Globes’ with Bill Harder

The couple debuted their Relationship on the red carpet of the 2020 Gloden Globes. However, they continued their Relationship only for a few months, even before the news outlets started saying about their breakup. Rachel also talked about her breakup with Bill at a podcast mentioning how difficult it was for her. And the breakup was during the coronavirus lockdown, making her feel worse.

During the podcast, she also mentioned that there were so many good things about the Relationship, but unfortunately, they both couldn’t continue their Relationship. The reason for their breakup is unknown.

Rachel has been recently seen with actor and assistant director Zac La Roc silently for a while now. They were seen together for the first time in late 2021 and have been with each other ever since. In May 2022, they were pictured together with their friends on the beach in Malibu.

Who is Tamar Braxton’s Boyfriend? The TV Star’s New Beau