by Livya Arora
in Lifestyle
0

The short-lived romance between Elvis Presley and Priscilla Presley has taken over the internet; we are talking about none other than the King of Rock’n’Roll and the gorgeous American actress Priscilla Presley. Elvis began his career in 1954, he worked with the producer Sam Phillips whose aim was to introduce the sound of African-American music to as many people as possible.

He did his first RCA in 1956; in addition, Presley made his film debut in Love me Tender(1956) and was drafted into military service in 1958. No! His success story doesn’t end here, but we can also not forget about the princess of this fairytale, Priscilla Persley. She is the former chairwoman and co-founder of Elvis Presley Enterprises; Priscilla has also achieved huge success in her acting career; we can see her iconic performance in films like Naked Gun (all three parts), in which she co-starred with Leslie Nielsen and many television series.

Returning to their fairytale romance, the two were the most iconic couple in Hollywood. Unfortunately, they are not together anymore. To know the reason behind we have to take a look at their divorce timeline. 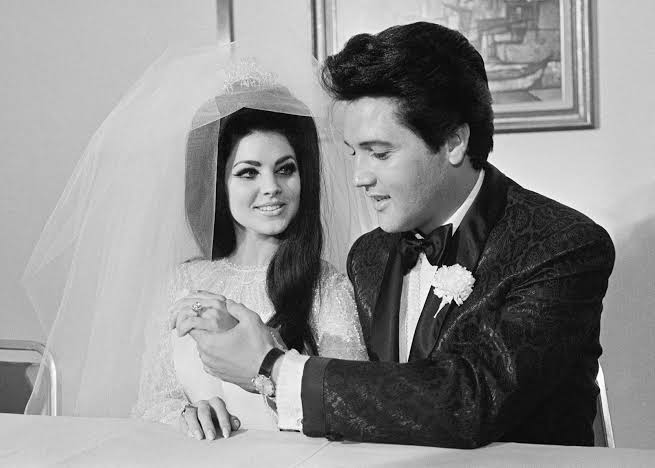 Elvis and Priscilla’s first meeting in 1959

Elvis and Priscilla had their first eye contact in the year 1959, they met at a party that was held at Elvis’s home in Bad Nauheim, Germany. Elvis used to serve in the US army overseas and had signed up for the military in Tennessee a year before.

Priscilla was based in Germany because her stepfather ( Air Force Officer Paul Beaulieu) had been transferred to the European country, but she didn’t speak a word of the language. The two were introduced by a mutual friend of her stepfather, Currie Grant. 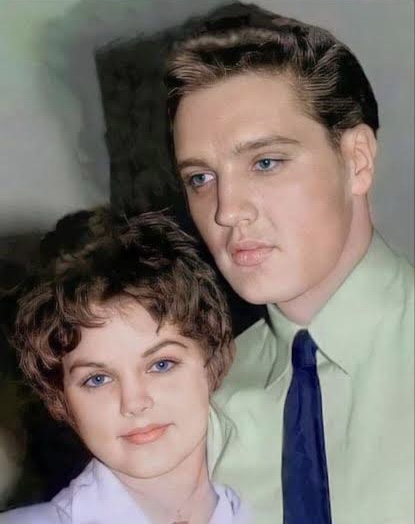 Despite their 10 years long age gap and a painful separation when Elvis again got transferred to the US, the love birds continued their romantic connection and stayed in touch with each other through letters. Their first meeting Is so dreamy and perfect, which makes it hard to believe that they are not together anymore. To know the reason behind this, we have to revisit their short-lived romance.

With the pleasure of their first dreamy meeting, the couple also felt the pain of separation. Elvis had to leave Germany and went to the US for some work, at that time it was hard for fourteen years old Priscilla to live in a long-distance relationship with the man of her dreams. She later recalled to people that, “I was in a state of complete despair.”

Though they were living miles apart, they stayed in touch by sending letters to each other for two years. Priscilla recalled the first talk they had after their detachment, “21 days after he left, the phone rang at 3 in the morning” he said, “Hi, baby, how’s my little girl?”, she said.

Soon after their regular callings, the pair reunited, Priscilla after convincing her parents in several ways was allowed to visit Elvis in LA, only on one condition that she would write letters to her parents on daily basis.

In the year 1963, Priscilla convinced her parents to let her move in with Elvis

Elvis, in 1963 asked her to love Priscilla to move in with her. But was it so easy? Not at all! It was hard for Elvis to convince her parents, and why not? After all, she was just a teenager. After his hard try, Elvis finally got permission to take Pricilla with him. 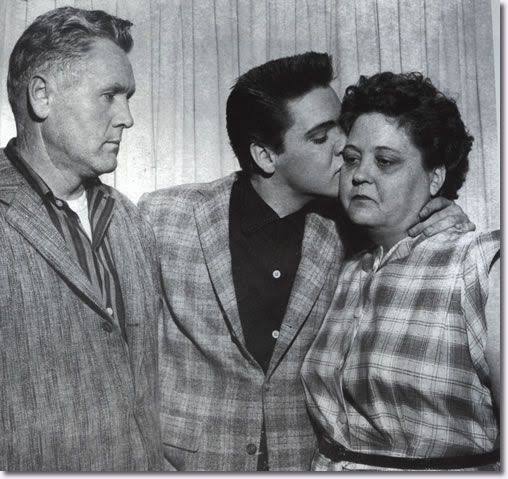 We all know that good things never come easy, Yes! Pricilla was granted permission to live with Elvis only on one condition; she would be studying in an all-girls Catholic high school to complete her studies, and also she would be living with Elvis’s parents until the two got married.

The couple agreed to the terms and conditions, and Priscilla moved to the states. She had a hard time adjusting to Elvis’s parents because she didn’t want to intrude in their personal life; slowly and gradually breaking the distance, Priscilla moved in with Elvis to Graceland.

The couple finally got united in wedlock on May 1, 1967

After spending quality time together, Elvis proposed to Priscilla with a 3.5-carat diamond ring on Christmas Eve in 1966. As recounted by Priscilla, the proposal was a surprise for her, “He got on his knee with a gift behind his back and told me to close my eyes. I did, and then he told me to open them, and he presented me with a beautiful engagement ring.”

As portrayed by Elvis and Me author, their decision to tie knots was mostly to appease society. 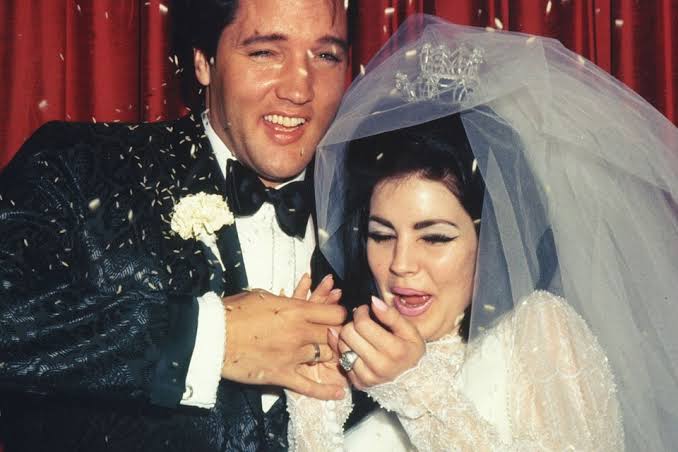 Like another fairytale, Priscilla too accepted her prince’s proposal, and they got married at the Aladdin hotel on May 1, 1967, in Las Vegas. The wedding was very small, consisting of 14 guests in total, and lasted for about eight minutes.

As told by Pricilla, the wedding was very casual, consisting only of their loved ones and their close ones. Further, they too, held a grand reception, one in Las Vegas and another in Graceland.

In 1967, Elvis shockingly asked Priscilla for a trial separation

In December 1967, the couple went through a rough time, Elvis asked his wife Priscilla, who was seven months pregnant at that time to spend some time apart from each other. Imagine, how painful it might be for Priscilla who was about to give birth to a baby.

Elvis and Priscilla welcomed their first child in 1968

On February 1, 1968, the couple welcomed their first and only child, Lisa Marie Presley. It was happy and stressful at the same time as recalled by Priscilla, as soon as she realised that her water broke, she called her mother and was taken to the hospital immediately.

With all the Love, they welcomed their baby, “Elvis came into the room and kissed me, thrilled that we had a perfectly normal, healthy baby. He was already in love with her”, said Pricilla. How romantic this all sounds.

Was it really a “happily ever after”

A few years after the born of their beloved child, Priscilla told Elvis that she is leaving him. The exact reason for this sudden decision is not known, but reportedly, Priscilla started dating a karate instructor, Mike Stone. 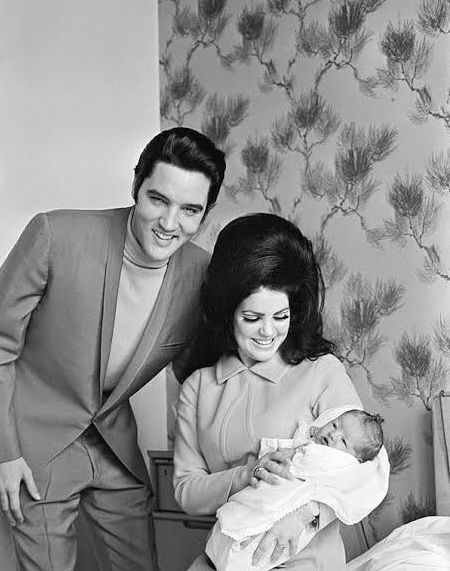 While recalling the days of her childhood romance, Priscilla revealed that Elvis has cheated on her several times, according to her, Elvis worked in the entertainment industry, where all this is common, and she didn’t want to share him with anyone else.

Priscilla loved Elvis with all her heart and considered him the man of her dreams or the Love of her life, everything was going so smoothly and perfectly that it was hard to imagine that the couple would ever part ways.

Their fans have always admired them together, but, at the same time, things do not always turn out as imagined. After romanticizing for six long years, their marriage started to crumble, and things went out of hand. Soon the couple decided to file their divorce. Was this the only reason? 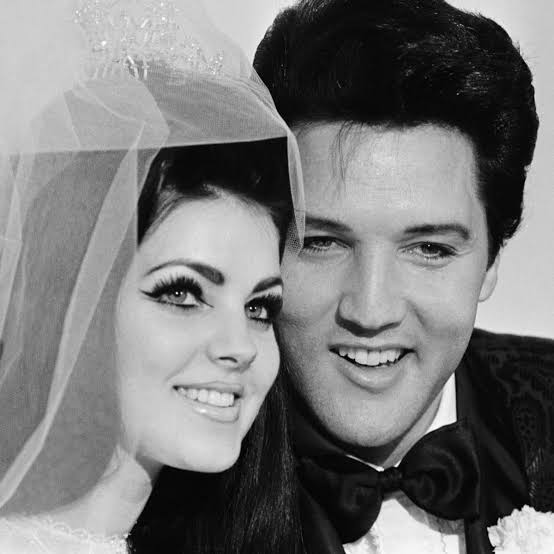 Reportedly Elvis and Priscilla were not happy with each other, on one side, where Elvis used to cheat on her, Prescilla started dating her martial arts instructor. After a few months of filing for divorce, the couple officially got separated on October 9, 1973. It was the end of their iconic love story that shocked their fans worldwide. 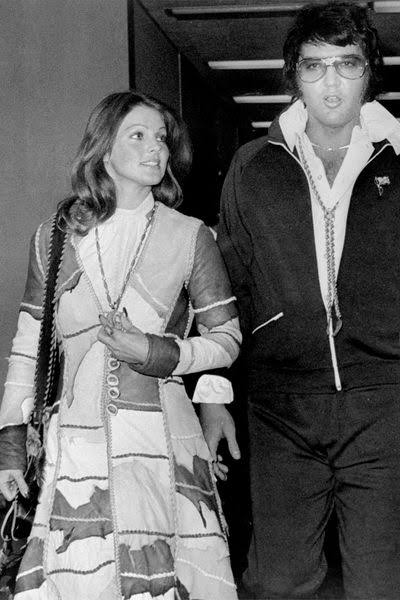 Indeed, one can never forget their teenage Love, and the same goes for our gorgeous Priscilla Presley. Though the couple ended their marriage, they worked hard to settle down in their new roles as co-parents. After a few years of separation, Elvis took his last breath in his palatial Graceland estate in Memphis. Priscilla, in a recent interview with Good Morning America, told, “He was fun to be with.” See, I told you, it’s hard to forget your first Love. Priscilla loved with all her heart, and they parted ways, but it was, according to Prescilla, for their good.