This was a really disappointing match for the CSK supporters as again CSK failed to perform and lost the match. Now, there are very very few chances available that CSK might qualify for the knockouts. This is the first time CSK is playing such poorly and is giving back to back to unexpected performances. This is not at all liked by the fans as they have always seen the Mahi team on the top of the points table.

Match 37, Csk won the toss and opted to bat first, and as usual, Sam Curran and Du Plessis came to bat. Both of them failed to perform and scored very fewer runs. First Du Plessis got out 10 runs in 9 balls and then Watson came to bat. Watson also got out on 8 runs in 3 balls and this was not at all expected from him.

After that Sam Curran also got out 22 runs in 25 balls. We really don’t understand why Dhoni is, again and again, sending Curran to open even after watching that he is continually performing poorer as an opener. He should again make Watson and Du Plessis to open.

After that Rayudu came to bat and he also got out o 13 runs in 19 balls. After Rayudu got out it was looking like CSK will not be able to cross even 100 runs and the fans were highly disappointed with them.

Jadhav has failed to perform in this season and in IPL 2020, he has not played even a single worthy inning. If this continues for the next 3-4 matches also then it is possible that Jadhav might be dropped from the team next year.

After the first inning, the total score of CSK was 125 runs in 20 balls. Now, it was RR’s turn to score 126 runs in order to win this match. From their side, ben Stokes and Uthappa came to bat and both of them do not perform well or appreciating. 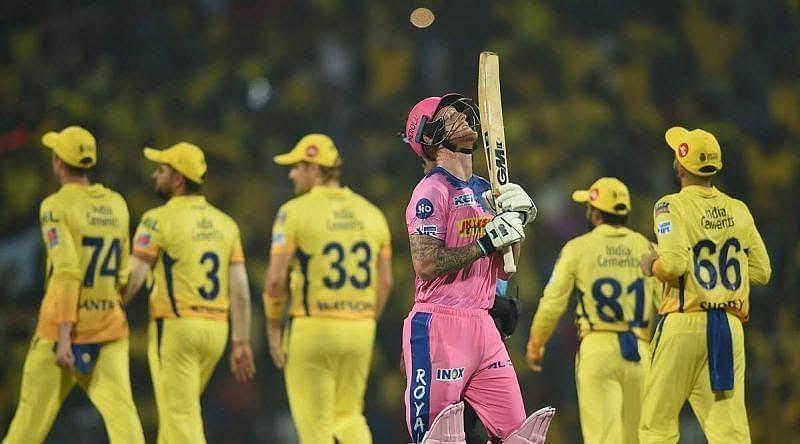